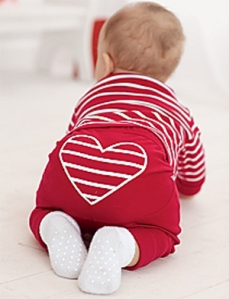 After spending about 90 minutes of my precious and rare free time this evening tearing “Toy Story” and Disney Princess valentines apart; and doing the same with accompanying sheets of stamp-size stickers; and inserting the stickers – with surgeon-like precision – into tiny, diagonal tabs on the valentines; and folding the valentines in half; and affixing a heart-shaped sticker to keep them closed; and signing Lily or Neve’s name onto each one, I finally wondered, “What the hell am I doing?”

The answer, of course, is that for some inexplicable reason, I’m choosing to participate in the weird, self-perpetuating, down-the-rabbit-hole annual holiday ritual of parents – OK, fine, mothers – who have little ones in daycare, and thus have kids that are “instructed” in the ways of Valentine’s Day before they can even crawl. (I’ll add here that I love the kids’ daycare center, and my guess is that these rituals were likely, ironically, parent-driven originally more than driven by those who work at the center. I’ll also submit that I should, in the future, by kids’ valentines that require less assembly.)

Consequently, tomorrow, during a preschool Valentine’s Day party, Lily will randomly distribute 55 impersonal, unaddressed, grocery-store-bought valentines to kids who will probably look at them briefly, if at all, before they end up in the trash or recycling (all that painstaking sticker insertion for naught!); and Neve – presumably with the help of her caregivers, since the extent of her powers just now max out at “drooling like a waterfall” and “sitting up unassisted” – will give out 16 of the same cards to her cooing comrades in the same daycare center’s baby room.

So much effort – for what, exactly?

I was all uber-rational about such things when Lily was a 9 month old in the baby room. Yes, I got the pre-emptive Valentine’s letter that stated how many kids were in each class, and how we shouldn’t send candy or treats, but I ignored it – as I assumed the other “baby room” parents would – and brought a big fat bowl of nothing on Valentine’s Day.

Now cut to me picking Lily up later that day and finding a brown paper bag full of little valentines, signed with the name of her classmates (these babies had astonishing penmanship, I might add). After we arrived home, I stared at Lily’s pile of valentines with a mixture of bafflement, guilt, amusement, gratitude, and anger. For there was something undeniably sweet about this adults’ game of pretend – this puppet show of affection and good will that we parents played out through our infant children. END_OF_DOCUMENT_TOKEN_TO_BE_REPLACED