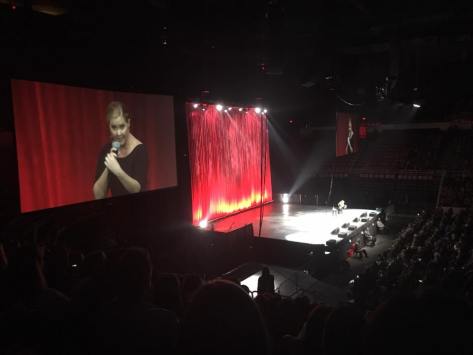 Let me start by saying I’m a big fan. (I originally wrote “huge,” but that word feels like it’s been co-opted by a certain Presidential candidate lately.)

I love the unapologetic feminism that runs through your work; I admire the candor with which you revealed tough things about yourself and your life in your book, “The Girl with the Lower Back Tattoo” (which I pre-ordered and read immediately); and there’s no small number of sketches from your Comedy Central show that I’ve watched and howled at repeatedly (“Football Town Nights,” “12 Angry Men Inside Amy Schumer,” “Lunch at O’Nutters,” “Last F**kable Day,” “Girl, You Don’t Need Makeup,” and “Compliments” – which actually helped alter my own reflexive, self-deprecating behavior).

So when your stand-up comedy tour stop in Detroit was announced several months ago, I got so antsy about getting tickets that I checked out on a big group of lady-friends who were figuring out what they could and were willing to pay in terms of ticket levels, how many would go, etc., in order to cash in on the pre-sale. I did not want to miss this show, and I wanted a good seat.

I loved hearing about the public response to your nearly-nude photo shoot, and your Ritz cracker binge blackout, and the food poisoning that you and your boyfriend experienced during a romantic trip to Paris. But you quickly got frustrated with the crowd when you ventured into commentary about gun control and felt us shutting down. You mentioned outright that we were offering more resistance to that portion of your act than any audience had previously – and that for that reason, you were going to keep pushing and go even further down that road, as the best comedians do when sensing discomfort in their audience.

I know that for very personal reasons – the tragic death of Maycie Breaux, 21, and Jillian Johnson, 33, at the hands of a gunman at a Louisiana movie theater’s screening of your film, “Trainwreck” – this is a cause that’s close to your heart. You talked about your grief and anger regarding the incident in your book, and you featured a representative from Everytown for Gun Safety on your show.

I’m in absolute agreement, 100 percent, with your beliefs – I have two young daughters, and I sat at my desk, crying, on the day of the Sandy Hook school shooting – and I’d bet that many of the attendees at your Detroit show are, too. Yet I’ll confess that I was one of the people in Detroit’s crowd who went silent during that portion of your act.

I wanted you to know that some of the resistance you sensed from the crowd that night wasn’t monolithic disapproval of your political advocacy; I’d argue instead that it was at least partly driven by the straight-up sense of battle fatigue that many of us have come to feel over the course of this too-too-long, contentious, ugly, bitter election. Lots of us are just flat-out exhausted and stressed by the daily war of words being waged on social media and beyond. The election’s gotten intensely personal, and it’s been painful to feel as though Americans have utterly lost all ability to find common ground and connect in a meaningful way.

So many of us came to your show, desperately hoping to laugh together, alongside an arena full of people, and perhaps relieve some of this election anxiety.

And that happened. But when the conversation turned to guns, I think all that stress and pain rose back up to the surface. You may have interpreted that as the crowd turning against you, but in my eyes, that’s not really what happened. We just felt like we suddenly had to assume our political battle stations again, when we thought we’d have the night off, and this collectively knocked the wind out of us.

What I aim to offer in this letter to you is not a critique, but an explanation regarding what happened during your Detroit show. You have every right to speak out regarding your beliefs on gun safety, and many of us are cheering you on as you do so. Perhaps it’s your belief that our collective desire to look away when things get intense/controversial just results in more political stagnancy. That may be true. But speaking as someone who stands with you, I wanted you to know that sometimes, an audience freeze-out is not even about the political principles you’re speaking about. Sometimes, it’s just about the crowd wanting to feel like there’s something, anything that we can all agree on. 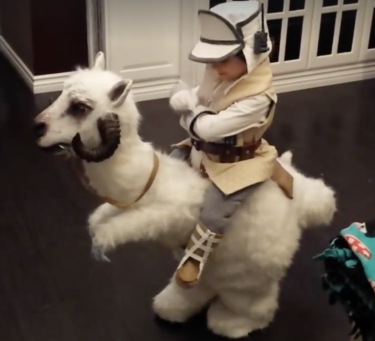 Much love from a fan,