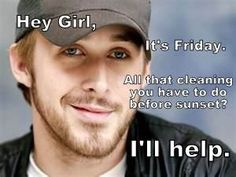 Recently a friend, who’s doing a video project for grad school, asked me and Joe to film our family lighting the candles and saying the prayers for Shabbat dinner, and also to speak briefly, on film, about what the ritual means to each of us.

I first filmed this short clip of our family performing the rituals out on our back porch, where we like to eat our meals when it’s warm. We’re not formal about our Shabbat dinner, obviously – Joe married a Gentile, for pity’s sake! – but we try to perform the basics every Friday evening nonetheless.

As for contributing my thoughts about what Shabbat dinner meant to me, I initially wondered if I should just put the camera on Joe, let him talk, and call it good.

I mean, after all, I’m an immigrant in the world of Judaism.

Yes, after being married to a Jew for 11 years, I’ve made a comfortable enough home for myself there. I’ve learned to love much of the food (Latkes? Kugel? Please! What’s not to love?), and I’ve picked up bits and pieces of language (Hebrew and Yiddish); but because it’s not part of my own cultural identity – and maybe because, at 5’6”, I tower over the women at most Grekin family gatherings (apparently I’m some sort of goyishe Godzilla) – I can’t escape the sense that, no matter how much I embrace the culture, perform the rituals, or say the prayers, they’re not really mine to claim.

And that’s fine, frankly. I told Joe ages ago that leaving one religion I didn’t believe in to join a different one that I wouldn’t believe in, either, seemed patently silly – and I stand by that. Particularly since, to me, even if I converted to Judaism, I’d always feel like an interloper, having not been born into the bloodlines that have managed to survive every kind of awfulness through the centuries.

Yet despite my “outsider” status as a non-Jew, I’ve come to love, and look forward to, our weekly Shabbat dinner.

I’d noticed this gradual change, but I hadn’t thought much about why, in recent years, it had come to mean so much to me. Color me surprised and puzzled, though, since I’d been someone who spent her childhood emptily, distractedly mumbling through prayers in church. (I also now say a Sanskrit invocation at the start of my weekly yoga class, but that, to me, is simply about getting the mind focused and quiet for the practice ahead.)

I still wasn’t a believer, obviously. So what had changed?

I had no idea.

But as promised, I filmed Joe talking about Shabbat dinner. He spoke of growing up in a Jewish family that didn’t perform the rituals. After he finished law school, though, he temporarily lived with his grandparents, who did light the candles and say the prayers on Friday nights, and he liked it. So he decided he wanted to adopt the tradition in his own life, and said it made him feel more connected to his grandparents, whom he loved dearly.

OK. Now it was my turn – presuming I had the guts to find out what I’d say.

I procrastinated, naturally. But a few days later, late at night, I turned the phone camera on myself and starting talking.

I said that pausing once a week, every week, to express gratitude for the home you have, the family you’ve built, and the love and health of that family, is a ritual that has value in and of itself, whether you’re a believer or not. It grounds you, and re-calibrates your equilibrium.

But then I mentioned, too, that my mother died 5 ½ years ago now, and that while that and a few other subsequent personal losses stay with me, always at a steady burn, the act of saying these 3 prayers at Shabbat dinner each week buoys me. It shakes me out of any gloom that might be clouding my mind, and it stops me from obsessing over the people and things that repeatedly break my heart. How? By simply pointing me back toward the very people who love and value me most. By placing me at a table with them as we speak in unison, light candles, clink our glasses together, say “Shabbat shalom” to each other, and share a meal prepared by Joe’s hands.

So maybe it doesn’t ultimately matter whether you believe that a Supreme Being exists to hear your prayers.

Maybe, in its way, prayers are just a crucial part of the lifelong conversation we have with ourselves.

2 thoughts on “A shiksa chews on Shabbat dinner”