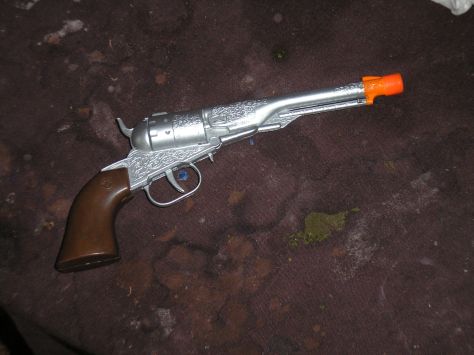 The toy that led me to have a talk with my 4 year old that I didn’t want to have.

One week after the Newtown tragedy, I came downstairs, still in my pajamas, and saw a silver toy pistol on our kitchen table, in the place we normally set down meals for our four year old daughter, Lily.

Sitting in her chair, wearing white tights and a white dress with blue polka dots, Lily declared, “I’m taking it to preschool.”

“I told her she couldn’t take it,” my husband said, bustling about the kitchen, getting everyone’s breakfast. But my mind was already racing. How could I explain Newtown to a four year old when adults – myself included – were having an impossible time processing it themselves? I’d naively thought I could avoid the whole conversation. Lily wasn’t in elementary school yet, and kids her own age wouldn’t necessarily have stumbled upon the story.

But it was like the tragedy refused to stay in the shadows, shoved under a rug. END_OF_DOCUMENT_TOKEN_TO_BE_REPLACED 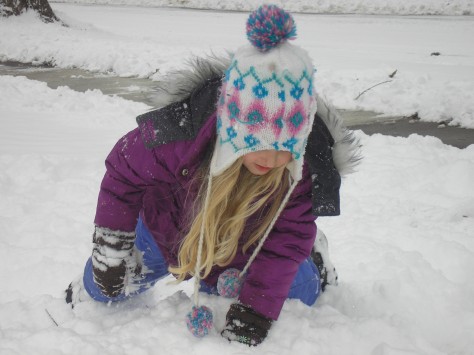 Late last week, I’d had a good day at work, and was generally in a good mood, when I walked to Lily and Neve’s preschool/daycare and entered the building. Within seconds, though, one of the caregivers approached me in the hall and said, with a grimace, “Uh, some really bad news.”

Because she normally works in Neve’s room, my first thought was that Neve had fallen ill; but then she added, “Lily got upset a few minutes ago and hit one of the kids, and then hit a teacher who tried to stop her, and then she hit Miss Jenny,” Lily’s most beloved teacher. “Now she’s screaming and crying and will not calm down.” (Turns out she’d been assigned a group and a room that was not to her liking.)

I felt myself physically and emotionally wilt. Lily has had these awful bouts with anger plenty of times before, and she knows better than to hit me or Joe. But she’d never before hit teachers, that I knew of. So in that moment, I knew things were getting worse, not better.

Having dealt with these meltdowns before, I knew I’d be trying to calm her down for a good while, so I decided to leave Neve in her classroom while I tried to deal with Lily. (Which made me feel guilty on top of despairing, since Neve had been there all day and would spend even less time with me because I was dealing with my flailing, screaming, out-of-control older daughter.)

I entered the empty classroom where Lily sat red-eyed, red-faced, howling, and wailing on the floor next to her teacher, who was kindly trying to distract Lily by talking about something else entirely.

I sat down on a nearby chair, cupped my face in my hands for a moment, gathering my strength, and plowed into the conversation, knowing perfectly well that none of it would get Lily to a state of calm any sooner. Once she’s “left the building,” as Joe and I call it, she’s out for a good while. END_OF_DOCUMENT_TOKEN_TO_BE_REPLACED